With a successful supervision as the last training module, the program was finished by 22 teachers in adult education. 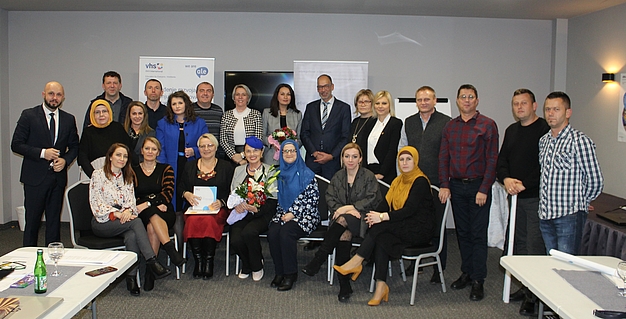 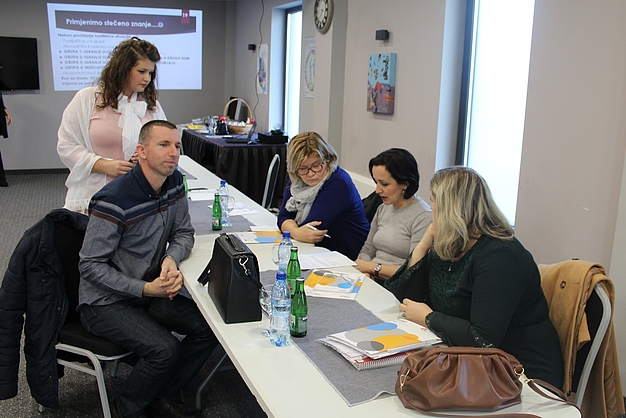 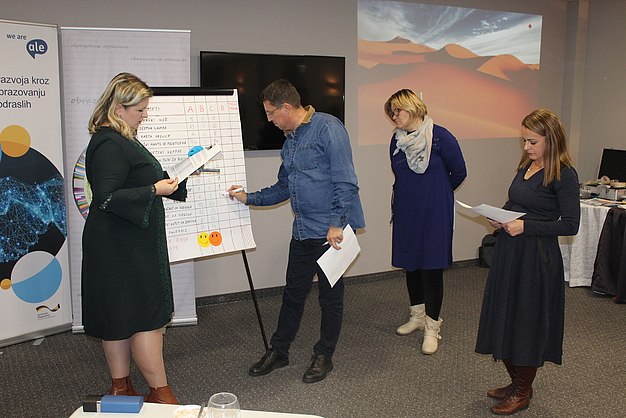 This year publicly recognised program of andragogical development „Basic Adult Education Training“ was also organised in Una-Sana Canton in cooperation with the Ministry of Education, Science, Culture and Sport. With a successful supervision as the last training module, the program was finished by 22 teachers in adult education.

The total of 120 hours of training were realised from August to December 2021 for teachers of six primary schools and seven secondary schools from Una-Sana Canton.

Thanks to the implementation of this program, the number of trained teachers in adult education has significantly increased in the recent years. Since 2019, the Basic Adult Education Training organised by DVV International - Country Office Bosnia and Herzegovina has been completed by 129 teachers, including 45 teachers from Una-Sana Canton, 42 from Zenica-Doboj Canton, 24 from Bosnia-Podrinje Canton Goražde and 18 from Sarajevo Canton.

DVV International began its work in Bosnia and Herzegovina in June 2000.

Print
Cookie-Settings
We use cookies to adapt the page content in the best possible way to your needs. Please click on the cookie settings if you wish to disable them.
Functional cookies
Matomo
Imprint Privacy policy
YOU ARE LEAVING DVV INTERNATIONAL
Important notice: If you click on this link, you will leave the websites of DVV International. DVV International is not responsible for the content of third party websites that can be accessed through links. DVV International has no influence as to which personal data of yours is accessed and/or processed on those sites. For more information, please review the privacy policy of the external website provider.